"Arch Triumph" depends on reader and participant of the Amazon Affiliate program. We may earn a tiny commission from your successful purchase through our recommended links. More details.

Costco jump starter is very similar to the battery of another car capable of jump-starting vehicles with a 12V battery, charge small electronic devices, and also provide portable LED lighting.

See the Quick Comparison and Decide 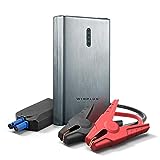 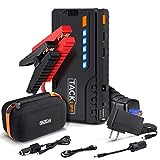 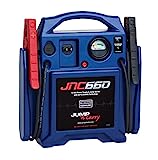 Car batteries can sometimes be very disappointing. Especially if the alternator responsible for charging the car battery isn’t working correctly or the lights in the car are on for a long time without the engine running.

For moments like these, it is advisable to carry a portable jump starter in your vehicle. With a Winplus car jumper, you can give batteries that are completely low the extra boost they need to start up an engine.

Ultimate and user-friendly features makes tools and accessories most valuable. We have figure out all the special and required features it has. Furthermore, all of the fantastic features Winplus Car Jump Start Costco possess are;

The Winplus Car Jump Starter Costco is a very easy and portable device that features an 8000mAh high-capacity battery built-in a heavy-duty aluminum case that can easily fit into the glove compartment in vehicles.

With only 2.69 pounds, this all-around 8000mAh battery is very straightforward and lightweight to use. The included user manual and instructions in the Winplus car jump starter is elementary to use.

Another fantastic feature of the Winplus AC55929-60 is its ability to charge mobile devices, such as smartphones, tablets, or in fact, this jump starter can power devices that uses a USB cable for charging.

This jump starter also features two USB (5V 2. 4A + 2. 1A) charging ports, and as such you can use it to charge two batteries simultaneously.

It also features a built-in LED flashlight, hazard light, and strobe light that provides different lighting options for regular use or emergencies. Provided the battery is charged, and you periodically charge it, you shouldn’t have any problems.

It is very easy to charge the Winplus Jump Starter even if you have very little knowledge about how gadget like this work, you have nothing to worry about as you’d get everything you need with this kit.

Amongst the things you’d get with this kit is an included jump starter itself, an AC adapter, multiple functions either cable for charging, a jumper cable with alligator clamps, and the user manual.

You can use two different ways to charge this power bank. You can either plug it into a power outlet or charge it with a car charger en route. Although charging with the AC adapter outside your car is more recommended.

Futhermore, this Winplus Jump Starter comes with indicator lights that tells the power level, which you can use to tell when its battery is charging and when full.

For instance, you’d know you have no power when the indicator light starts flashing, and when only one light bar shines you’d known the battery is 10%, at 2 light signify 25%, and three-light bars equals a 75% battery level. All four light indicates a fully charged battery.

An exciting spec to love about the Winplus AC55929-60 car jump starter is the lack of complicated features you don’t need. You should only expect essential features, which mean you wouldn’t find unnecessary buttons or procedures.

Specs on this jump start includes

Also, there are so much more features to love about the Winplus car jump starter. Such as saving you the hassle of having to ask a stranger for help to jump-start your car battery or to use their phone or in cases of emergencies.

More so, Winplus AC55929-60 has some essential features to prevent time out, reverse charging, low voltage, over-discharge, short-circuiting, and overheating.

Some other notable features are

Hooking up the Winplus jumper pack to the car battery is a pretty simple task, and they follow thus;

Since the jump starter only puts out its peak current, it cannot charge a car battery even with plugging it in for a long time.

However, dirt and corrosion on the terminals of the battery can inhibit a proper connection between the battery and the alligator clamps, thereby limiting the transfer of optimum current from the jump starter to the car battery.

It is also important to take care of your car battery and its terminals are just as you should care for your jump starter pack itself.

Traditionally, jump-starting a car is from one car battery to another. Similarly, Jump starters like the Winplus car jump starter working mechanism is pretty much the same.

Winplus battery boasts of 8000mAh that contains the equivalent of 2.4g of lithium and gives 29.6watt-hours of power.

Jumpstarters have to be simple to operate. Winplus is very basic and easy to operate. However, there’s a user manual attached to the pack you can refer to for further clarity

How Portable They are

Winplus car jump starter can be charged easily by following these simple steps;

Befits and the Limitations of Winplus Car Jump Starter Costco

One of the best features to look out for in this device is the size. It is very portable around the size of a smartphone or mini tablet, which can swipe quickly into the glove compartment of your car.

The charging capabilities of the Winplus car jump starter that allows it to be able to charge multiple phones and tablets, or any device with a USB power input point, come in handy during any emergency as relating to vehicles.

What Could be Improved

01. Inability to Hold a Charge

Because of how little the battery capacity of the Winplus Car Jump Start Costco is when in comparison with the car battery itself, it cannot recharge the car battery.

In rainy or wet conditions, this Jump starter pack doesn’t perform well. In such conditions, or when you don’t think your car battery would hold up, it is advisable to make sure the Winplus Car Jump Start Kit is charged fully before starting your journey.

Although the Winplus Car Jump Start Costco charges full in less than 3 hours, it goes flat within 30-60 seconds when connected to your car’s battery, and worse, it could reverse charge.

Winplus Car Jump Start Costco (AC55929-60) is a pretty portable and impressive car jump starter. So, for a mix of both portability and performance, you an trust this Winplus car jump starter to always come through for you.

It is also quite durable and with up to 8000 mAh battery you literally don’t have to worry about running out of power anytime soon.

When you’re planning to go camping or anywhere away from an electricla power supply, the Winplus (AC55929-60) is a perfect backup power supply.

You may be interested in these posts from the same category.